Providing reasonably priced services based on years of experience

Total support from analysis and development to operation and maintenance.

Offering total support from planning, development to the operation of new titles.

As well as games, we offer upstream and downstream support in web services development.

Your total partner in game management, continuously evolving in our pursuit of high quality.

Total Support from Analysis and Planning to Operation

GREVO is a group of social game managers that combines EVOLABLE ASIA’s offshore development experience with GREE’s more than 10 years of experience. Having developed many titles and with a management track record, we can offer total support including status analysis, planning, development and management. We provide an environment that allows you to develop and operate games with peace of mind, offering recruitment, personnel allocation, training, and security systems that are personalized to your title. 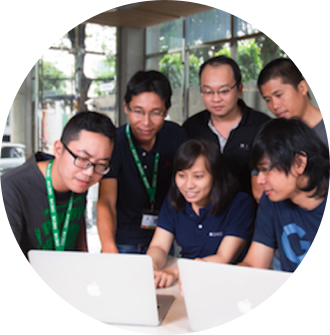 Our team is familiar with service development methods based on all kids of server configurations and will take care not only of your development, but also commercial operations. We already manage many social game titles for a major Japanese game company (GREE Inc.). 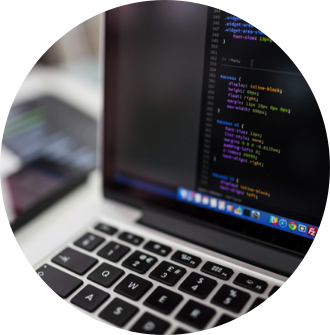 We put effort into company events in order to enhance our teamwork and keep our employees happy. The result is better communication in our team, and improved performance. 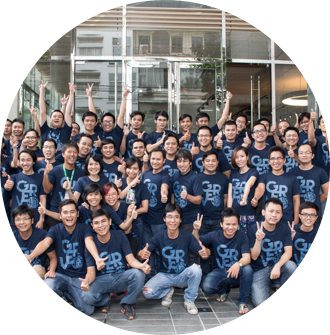 Number of engineers in the company 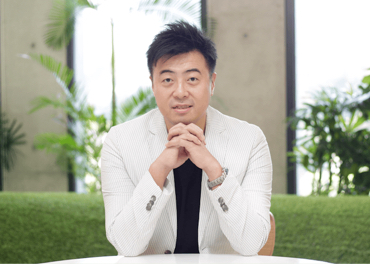 薛 悠司 (Yoosa Sul) – CEO
After graduating from Keio University, I joined Recruit holdings in 2005. I moved to Vietnam in 2010 and launched Soltec Vietnam Company. In 2011, I launched a new company, Evolable Asia Co., Ltd., and served as its CEO. I established Soltec Investment Pte., Ltd in Singapore in 2014 and handled all group businesses and investment business. In 2017, I established GREVO Co., Ltd. jointly with GREE. Inc,. In the same year Evolable Asia Co., Ltd. acquired 100% share of Punch Entertainment (Vietnam) from DeNA Co., Ltd., and I became the company’s representative. In 2019, I became CEO of GREVO Co., Ltd.

With a combination of high-skilled Vietnamese engineers and Japanese social game management know-how cultivated in Japan, GREVO is not only achieving success in the Japanese market but also in the greater global game market.

A cooperation of Evolable Asia, the some of largest Japanese offshore developer group, along with Punch, transferred from DeNA, and GREVO Co., Ltd. have achieved the best in class game offshore business resulting in exceptional value which is difficult to achieve before. If you require additional human resources in this field or are seeking highly productive business partners, please contact us immediately. I am certain that our team will have the skills necessary to contribute to the success and development of your gaming business. 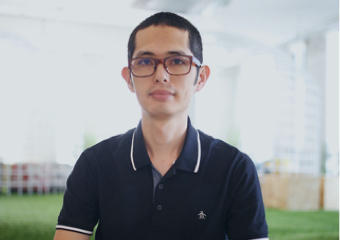 Has been occupied in system development and technical support as an IT engineer in several Internet-related companies. His specialty areas are mobile games, web services, and cloud computing. He has attended to development of IT infrastructure, transferring operations of mobile games, and offshore engineering management in GREE. He joined GREVO in 2019. 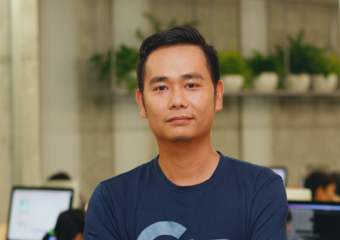 Graduated Ho Chi Minh City University of Science in 2005. After graduating, he joined a software company and worked on applications development for the Japanese market. After working on-site in Japan, he started his career as a BSE in 2009. After holding consecutive jobs as a software manager, consistently leading development projects for Japan, he joined EVOLABLE ASIA Co., Ltd. in 2014. As a BSE, he led teams developing large scale social games, contributing to stable product operation and organizational growth. He has held his current position since 2017 with the establishment of GREVO, a joint venture between GREE Inc. and EVOLABLE ASIA Co., Ltd. 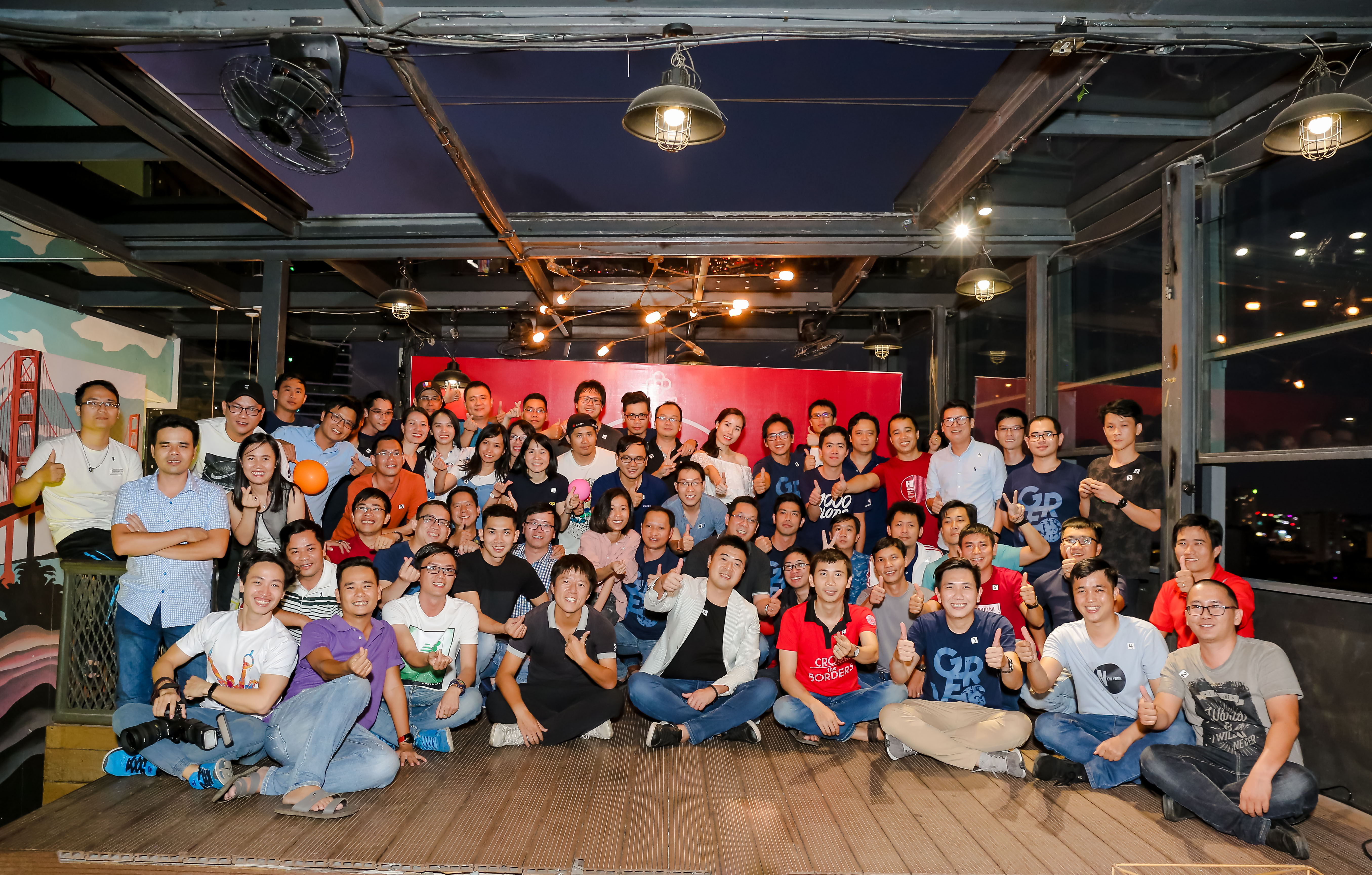 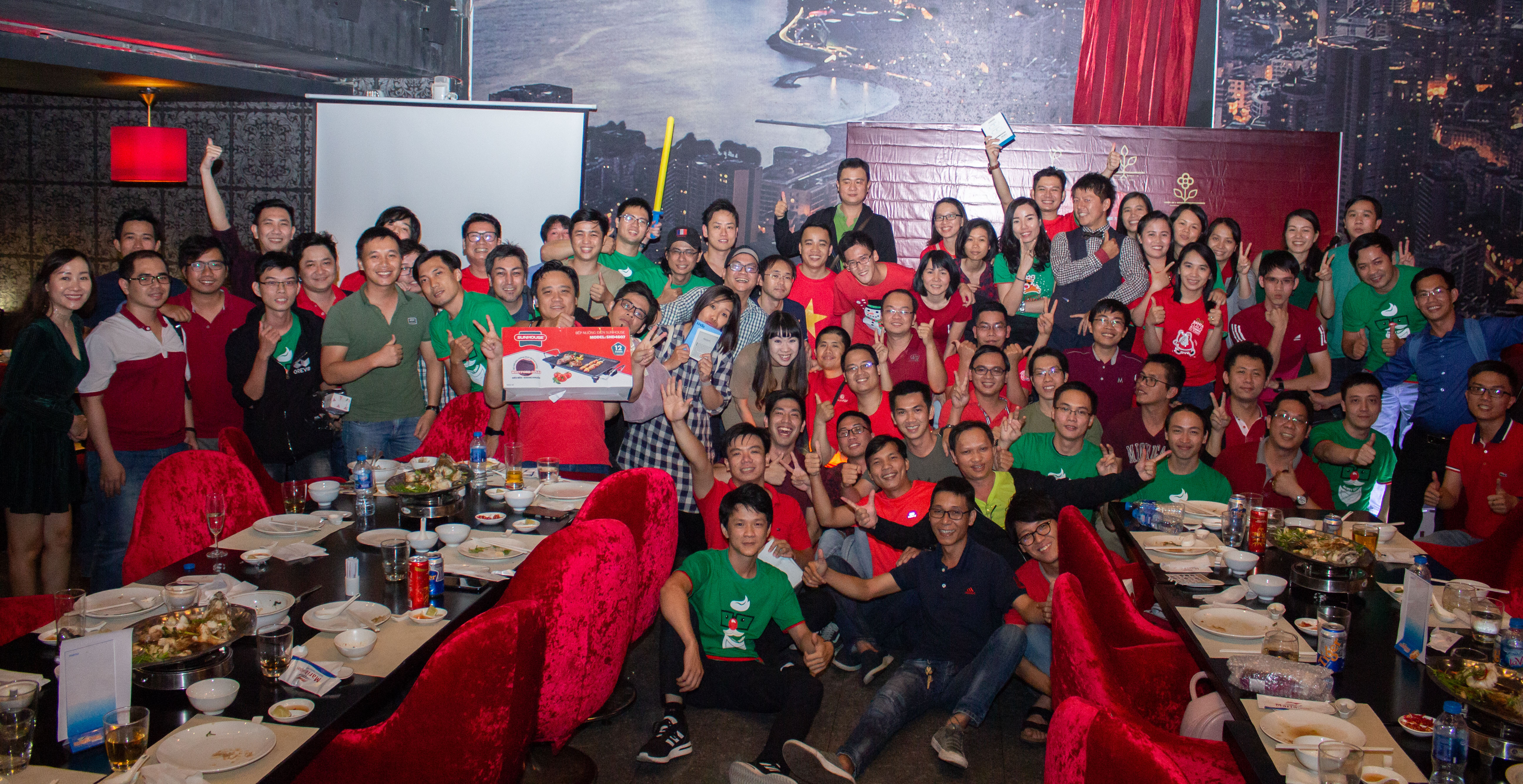 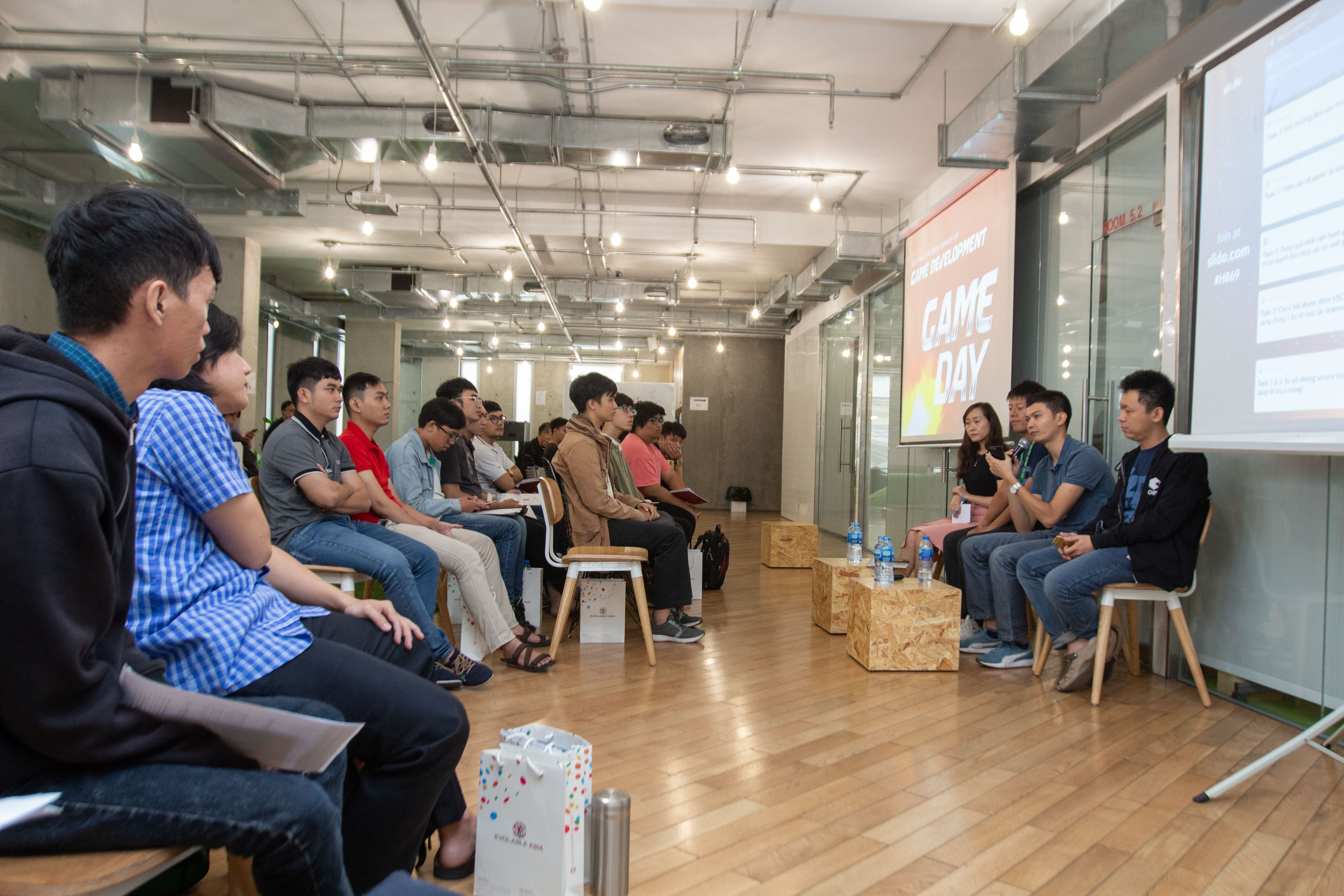 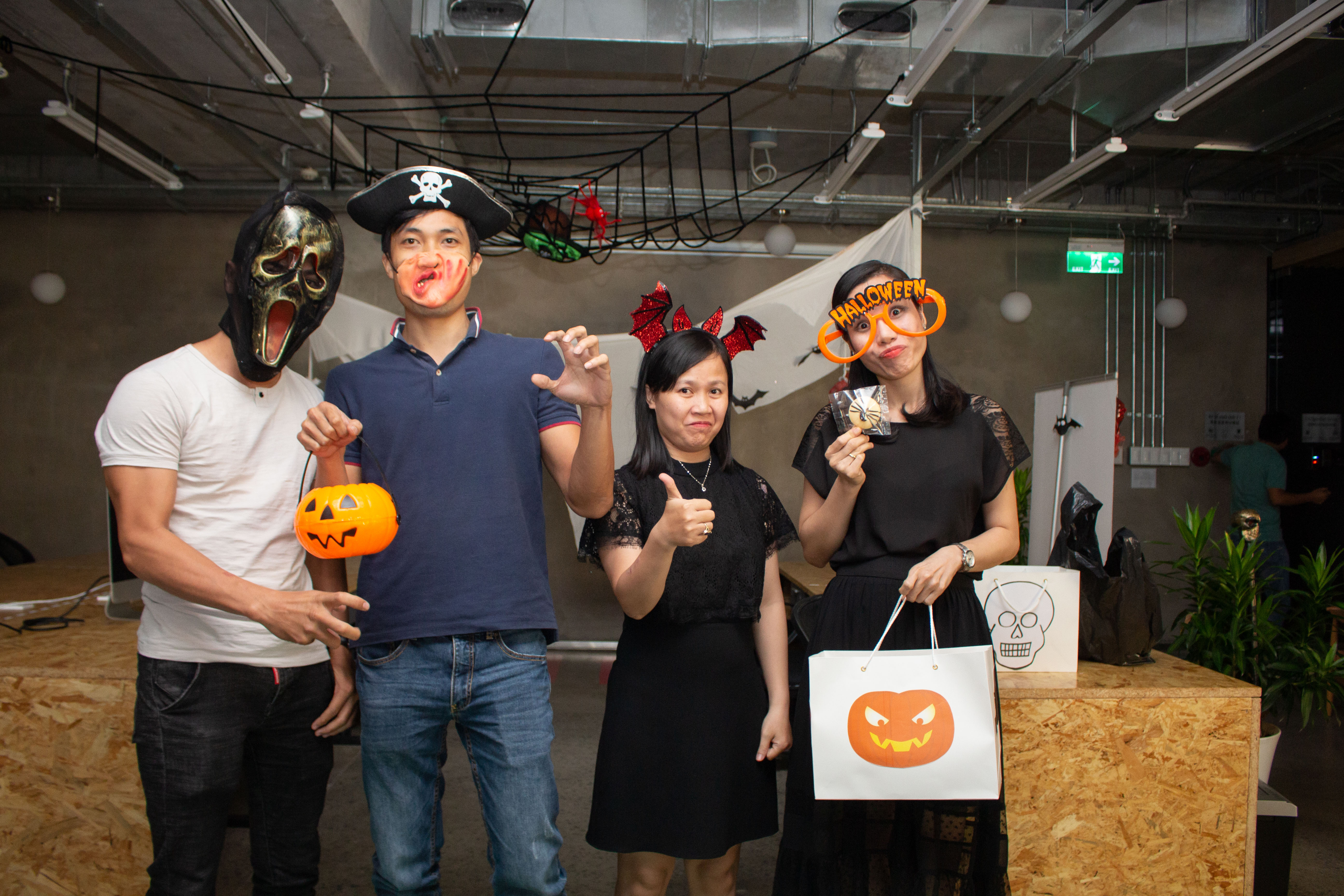 Integrate in minutes with our experts